Aim of the TwitterChat

Three questions were asked by EBTM

Tweeters replied with answers A1. A2 and A3.

The results tell it all!

Most influential & engaging users were

Most active users on the TwitterChat were: 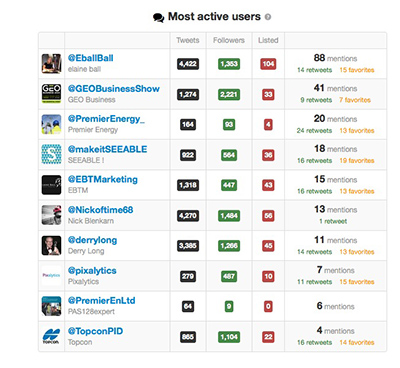 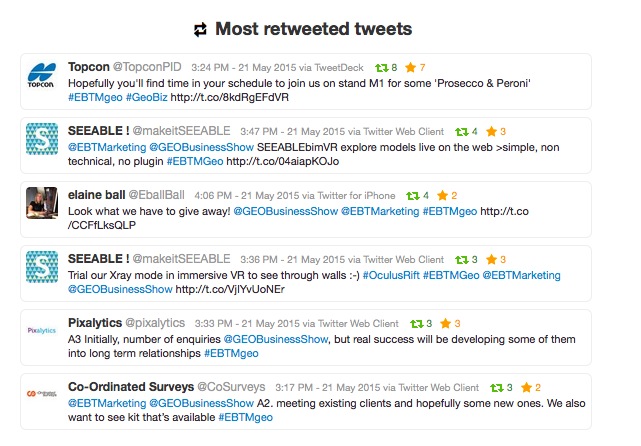 Topcon had the most re-tweets with reference to their drinks evening.  My question would be ‘what is the impact on your Google analytics? And did you attract more people to your drinks party?

Same question to SEEABLE, Pixalytics and Co-Ordinated Surveys?  Check your Google analytics and see what has happened.  Any changes?

So, now what?  TwitterChat is all about sharing and taking about something you all have in common.  The aim is to boost brand awareness for you and Geobusiness.  Companies can then take it form here and do TwitterChats related to their own products usability, etc.