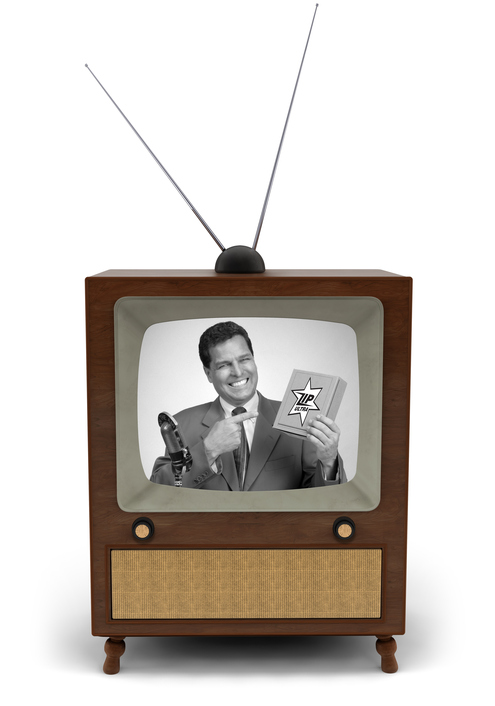 Before we get started, I’d like to tell you a little story.

Way back in 1955, when TVs were just starting to gain a little bit of popularity in the UK, a smart young advertising executive called Brian Palmer had a brave idea.

He wanted to specialise in a new type of advertising: television advertising.

At the time, this suggestion was pretty out there. Only 100,000 people in Britain even had a television, for a start. There had never been an advert on UK TV. Film production, including for adverts, was enormously expensive and time consuming compared to print alternatives.

To make things worse, many influential people in the country condemned the whole idea of advertising this way as damaging to society, by making people want things they couldn’t afford!

Taken together, this didn’t paint a hugely compelling picture. Brands were nervous about attracting criticism if they were the first to try out TV adverts, and few advertisers would dream of risking their reputation on such a huge gamble.

But Palmer had a hunch. He went to his boss and told him his idea.

And what did his boss say?

“Brian, You’re mad. TV will never be a major medium.”

So Palmer left his job at Y&R, lined up Unilever as a major client and, when ITV announced its flagship advertising slot that year, he created what would become the first ever advert shown on UK TV, for Gibbs S&R Toothpaste.

Despite the tiny viewer figures, sales began to rise straightaway – and soon everyone else was rushing to get their ads on TV. That year alone, ITV made £2.4 million from advertising – a pretty impressive figure back then, and a number that has steadily grown year on year to £1.7 billion.

Fast forward 60 years, and TV is still a major medium for advertisers. Despite a major recession and the rise of digital, ad spend in the UK continues to soar year on year, hitting a record £5.27 billion in 2015.

Why am I telling you this?

Because today’s B2B marketers are often stuck in precisely Brian Palmer’s position – only this time, it isn’t TV advertising they’re trying to sell the idea of. It’s social media.

If you work in the geospatial industry, I’m willing to bet my bottom dollar that you’ve hit up against resistance from management.

I bet you’ve been told that it isn’t right for your business. That it’s not professional enough. That your clients don’t use it. That it won’t earn you leads or drive up sales. That it’s a fad.

That no one else in your industry is doing it.

You’re not alone. These are common misconceptions across the whole B2B sector.

But don’t get disheartened. You aren’t going crazy, you really are onto something here. Social media marketing has proven power to boost B2B brands – and, in fact, it’s the dryer, tech heavy brands with no traditional background in the medium that can often make the wildest gains as a result.

That makes the geospatial industry one of the best placed to reap the benefits of social media marketing. If you can convince your boss to give you a chance to show it, the rewards are huge.

So, without further ado, here are my top tips for getting management on board with marketing on the world’s biggest social media network: Facebook. 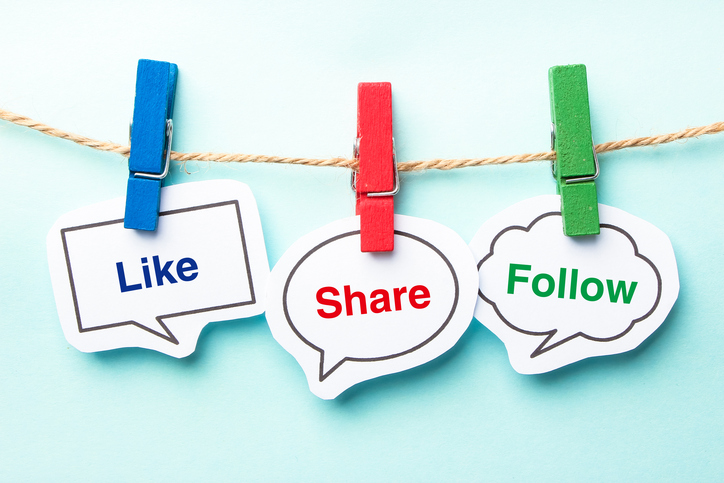 1. Ease In with LinkedIn

Jumping straight in with Facebook can be a little bit too much for some companies, especially if you’ve never tried social media marketing before.

If you’re experiencing a wall of resistance, it might be better to start by playing it safe with a business-focussed platform like LinkedIn. Sit your management team down and show them the kind of relevant niche groups that exist on the site.

For example, here’s a list of 15 essential LinkedIn groups for geomatics sector companies, including those targeted at application developers, GIS us in the mining industry, networking opportunities for geospatial professionals and location-specific groups for the GIS market (in this case, Canada).

If you work in GIS, each and every one of these represents a hub of potential customers for your products. By joining these groups, you enter directly into conversations and begin to build links with your ideal target market – giving you access to people that it could otherwise take years to develop relationships with!

Explain to your boss that this not only provides incredible insights into what your customers are talking about, what they prioritise and what they might need from you, it also gives you a chance to demonstrate your expertise and begin to influence these conversations, earning clients’ trust and generating leads.

Once you have them on board with LinkedIn, you can then a) start to demonstrate which of these companies also have a Facebook presence and b) point out how many members of the groups you’ve made inroads with are also active on Facebook. By doing so, you prove that Facebook is an equally potential-rich source of conversations with clients… and can expand your reach across to this medium, too.

2. Appeal to Their Wallets 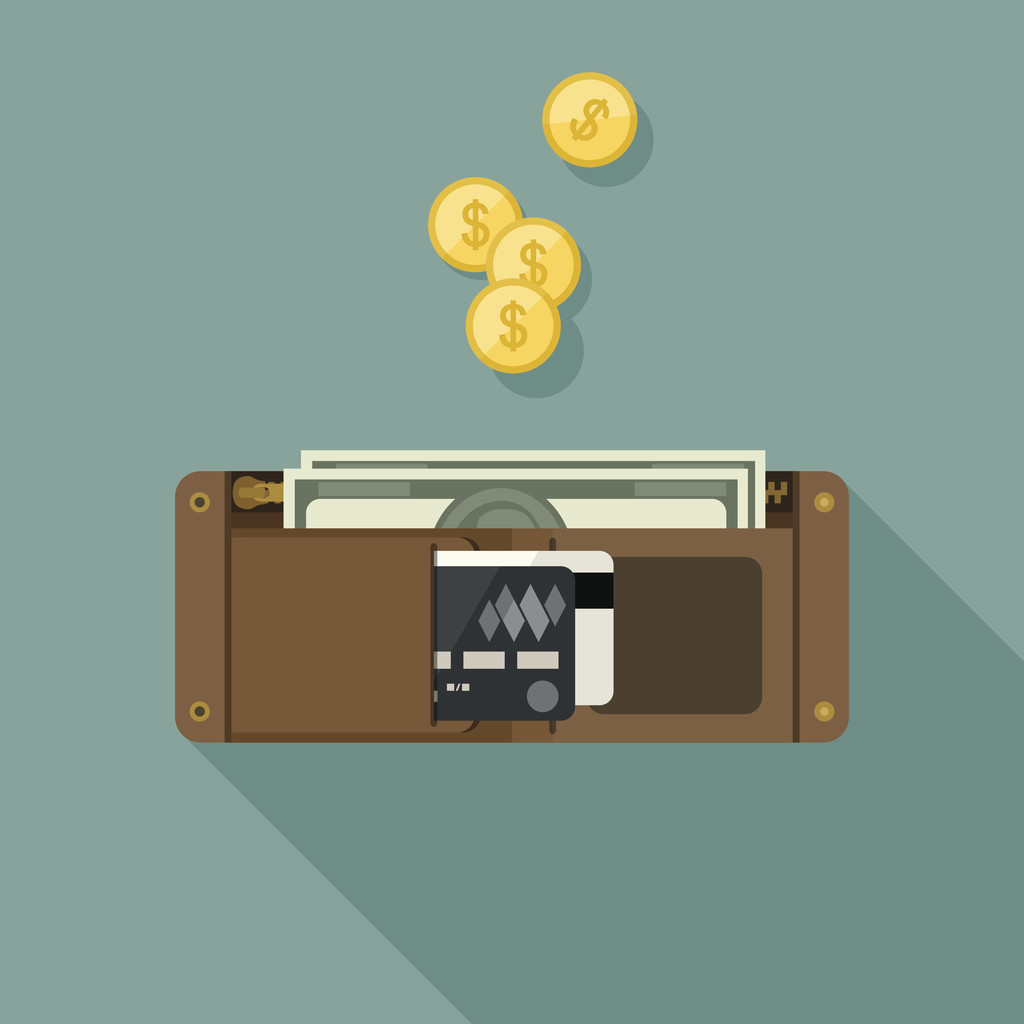 At the end of the day, your management team will reject the idea of using Facebook for one reason: ROI. They’re worried it will be an expensive mistake. And that means that your job is to demonstrate why this is actually the most cost effective way of generating leads… and sales.

Stick to the hard facts. Show them research by marketing experts like Hubspot, who have found that 52% of marketers have generated leads from Facebook (and that includes all the ones who have no idea what they’re doing!) and that the cost per lead (CPL) is dramatically lower when you use social media marketing than any other medium.

Explain that this will not involve a huge outlay of costs. In fact, you don’t have to start with paid Facebook advertising at all, but rather by using the free tools at your disposal to tap into existing communities and get people interacting with your brand.

After all, when more than 7 in 10 adults use Facebook, it’s overwhelmingly likely that a considerable chunk of geospatialers do to. This is where your potential clients increasingly spend their time, get their news and get information about brands they are interested in, so it makes sense to target conversations to them there.

Explain to your CEO that your strategy is not to take money away from conventional marketing drives but rather to widen your net without increasing your budget. Once you’ve begun to build relationships and gauge how best to communicate with clients and leads, you can start to invest actual cash – but for now, it’s a free experiment with almost no risk. What do they have to lose?

3. Emphasise that You’re Cornering the Medium

This is the reason that so, so many conventional companies in the geospatial sector give to explain why they aren’t taking the plunge. What they don’t realise is that this is precisely why they should be on Facebook!

Just like those first few companies to stick their head above the parapet and try TV advertising in the 50s, geospatialers who are brave enough to experiment with social media are entering a market that’s so uncrowded they can do the digital equivalent of swanning straight up to their dream customer and shaking them by the hand.

So long as you’re smart about how you approach them – you aren’t spammy, you don’t overtly advertise, you’re helpful and conversational – Facebook is an absolute gift.

The fact that no one else is doing it gives you an enormous head start. Every insightful piece of content you provide is novel and interesting.

Provided you adapt your technique to the medium, it will be hard to go wrong. Don’t wait until everyone else has cornered the market – be bold, get in their first, and start making money!

Want to learn more about how Facebook can help you generate leads in the geospatial sector? Give me a call on +447825517850!  (PS: thats me and my faithful neddie Finn, done in SketchUp by Elly Ball – cool ah!) 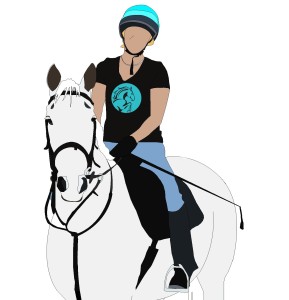